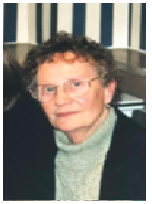 Thank you all for taking the trouble to read my story on Long Lost Families.

Delores, my Gran is still very much with us at 97. She still gets somewhat confused but her story does break my heart when she tells it to me.

Delores Simpson was born on the 11th March 1923 in Heywood, Lancashire. Her father was John Albert Simpson (born 1892, Heywood) and her mother was Ada Baker. John was married to Bertha Howarth. Sadly for those days gran was born of an affair, as John was already married.Â  Their marriage produced at least one son we know of, John, born around 1916, but likely more. Gran said at some point John, her father came to live with them and stopped for a considerable length of time. From what she can remember, maybe years, but that is from childhood memories.

It is said John may have gone to live with them until Adaâs death in 1938 but we are not sure with the passage of so much time. Ada it is said was one of 13 children.

Times were hard but her mother Ada brought her up as best she could given the circumstances and the times they were living in.

Sadly her mother Ada died around 1938 when she was just 15 compounding an already difficult situation for her. She went to Regent St School and later worked at Healeyâs Mill in Heywood when she was young

Gran eventually married Earnest Jones in 1944 and together they had four children; Carol, (my mum), Glyn, Patricia and Neil. My mum passed away sadly last September which motivated me to get in touch with Long Lost Families

We would dearly like to hear from any relatives who are alive today. Itâs unlikely that Johnâs son from his marriage is still alive but his children would possibly be. Time is short for the search with my Gran being 97 so we are appealing to anyone who may know the story to please get in touch with Long Lost Families.

She still talks about her other family and the past, as older folk do, so what a joy it would be for her in her 98th year to know the rest of her family story

Thanks in anticipation for reading this and any help you may be able to offer.

If you have any information that can help KATE EVANS (Delores Granddaughter) please get in touch with Long Lost Families on: [email protected] or call us with the information on 07737 259732.